Wiley recently attended the Mobile Autonomy a Pervasive Technology: From Self-Driving Cars to Mars Lecture to learn more about how this amazing technology might apply to the food industry.  We attend events like this to maintain our position at the forefront of food technologies.  We love sharing our knowledge and what we learn as part of our efforts in working towards a more secure food future.

Smart (decision making) robots are coming and there is no doubt about the large impact this technology will have on the food manufacturing industry. We are already witnessing the early impacts of GPS guided farming and warehouse automated guided vehicles (AGVs). Here we share Heath’s learnings from the event including self-driving vehicle technology and how robotics and autonomous systems (RAS) will impact the food industry.

Professor Paul Newman who presented the lecture, is the BP Professor of Information Engineering at the University of Oxford and an EPSRC Leadership Fellow. He heads the Mobile Robotics Group within the Department of Engineering Science, which enjoys a world-leading reputation in mobile autonomy. His focus lies on pushing the boundaries of navigation and autonomy techniques.

In the future driverless cars will crash & unlike today, every accident will be learnt from & every driver will improve @QUT #mobileautonomy

Professor Newman pulled apart some of the competencies needed to build “intelligent” self-driving vehicles. He explained what made it hard, what made it exciting and how it all comes together in a glorious bit of robotics science. This summer in the United Kingdom there will be driverless cars operating on carefully mapped routes as taxis. However Professor Newman predicts it will be many years before we see driverless cars going from any A point to any B point. As the diagram below explains, a careful balance of core technologies is needed to achieve autonomy. If just one of these are missing, the results can be disastrous.

Heath said “what made the biggest impact on me was imagining a world where every robot driver was linked to every other robot driver and as a result could learn from the mistakes made by each other – an intrinsic network of autonomous robots continuously learning from themselves. After every accident, lessons will be learnt that make the drivers better next time, worldwide!”

Professor Newman is involved as a project partner through the University of Oxford Mobile Robotics Group with Transport Systems Catapult, who were created to drive and promote intelligent mobility.  On their website, Catapult explain the significance of this emergent technology, “automated (self-driving) vehicles are seen by many as the future of personal transport, with the eventual promise of fully-automated vehicles expected to bring significant societal benefits. Road safety is perhaps the most important factor, as it has been estimated that human error is at least partly responsible for more than 90% of today’s road fatalities.”

New applications of smart robotics and automation (RAS) that have the most potential to shock the food industry include autonomous forklifts and automated grocery stores. The diagram below is based on data from the UK and forecasts that the Manufacturing and Agri-Food sectors are the two largest industries likely to be affected by this technology.  This trend is expected to be the same across many developed economies and the food industry needs to engage with this technology to be sustainable into the future.

Grocery stores will utilise ASRS (automatic storage and retrieval) systems which will retrieve and deliver your order from the warehouse where autonomous forklifts will learn the environment, and optimise themselves. Your children’s children won’t even know what a shopping trolley is.

For Wiley, the event was a warm up to Heath’s attendance at Automatica in Munich this June. The international trade fair showcases the world’s largest range of robotics, assembly lines and machine-vision systems. Heath will be travelling to Automatica and reporting back on technologies that will impact the food manufacturing industry.

Stay tuned to our website for more insights into robotics and automation in the food industry, as well as updates from Automatica, the 7th international Trade Fair for Automation and Mechatronics.

With a decade of food and process engineering experience, Heath Barker is an Electrical Engineer by trade, a “gen y” technical explorer and Wiley’s frontier technology specialist. Heath’s passion is to explore, adopt, improve and share new technology with clients and colleagues. 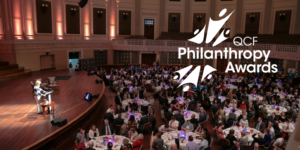 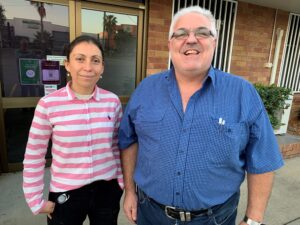